Tanzania as you know is the union of Tanganyika (mainland) and Zanzibar.  Before 1964 we were Tanganyika.  For 100 years some people have been heating their hot water with a "Tanganyika boiler".  It usually consisted of a 200 litre (55gal) barrel on its side surrounded by masonry with an opening at one end and a chimney on the other and firewood was put in and water heated several times a day.

I have used one for the 30 years living in this house, but was never happy about the efficiency as firewood became more scarce and expensive.

After learning about rocket stoves i wanted to incorporate a rocket stove.  I put it at one end and the rocket flue ends just under the water tank,  the hot are continues along the bottom of the tank and out a chimney on the other end.

As you can see it is very good flame.  throw chippings in even after it is going and you see smoke coming off the chippings but not coming out the chimney, just hot gases.  It is not perfect yet.

Would also be nice to have an oven under the horizontal chimney for baking.

I tried a metal grate but if disentegrated, so i stood facing bricks on their side spaced 2 cm apart and that works, lets see how they last.  the rocket is made with my 3cm rough tiles, then surrounded by a clay sawdust mixture for insulation, stopping the mass from being a heat sink. 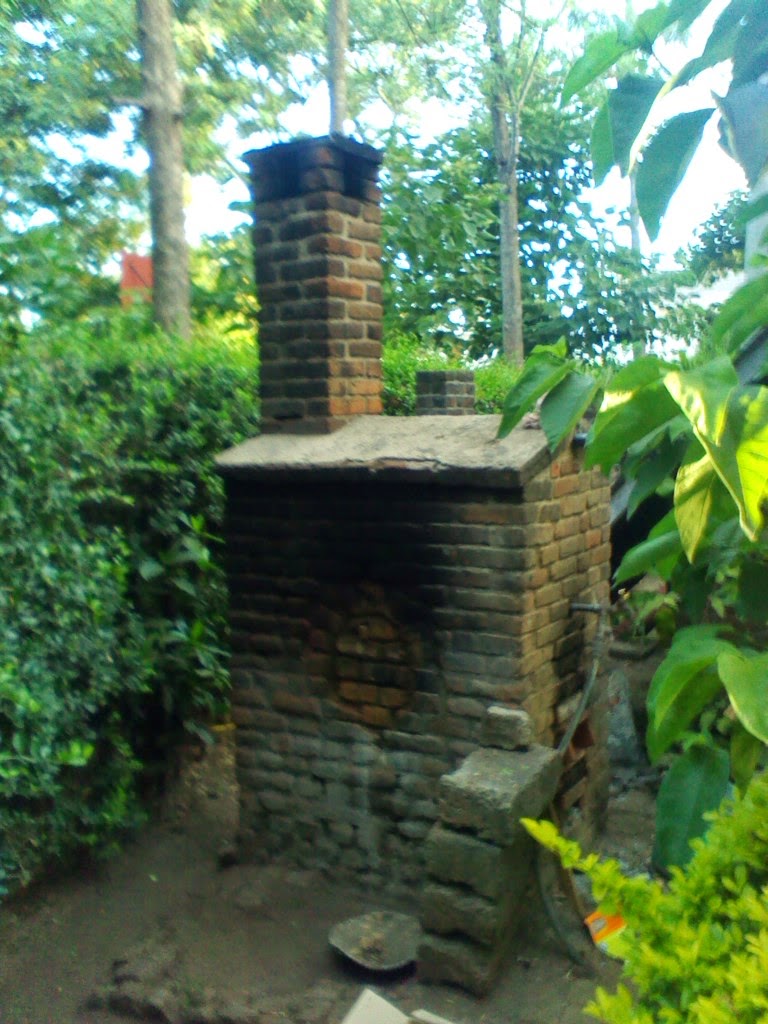 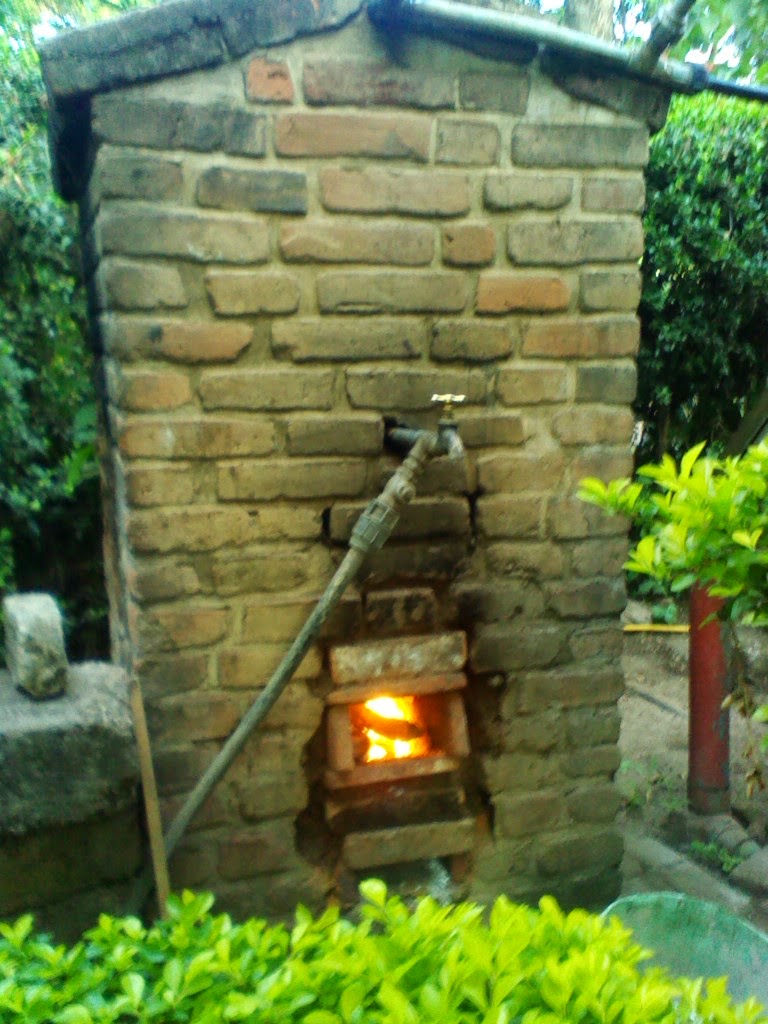 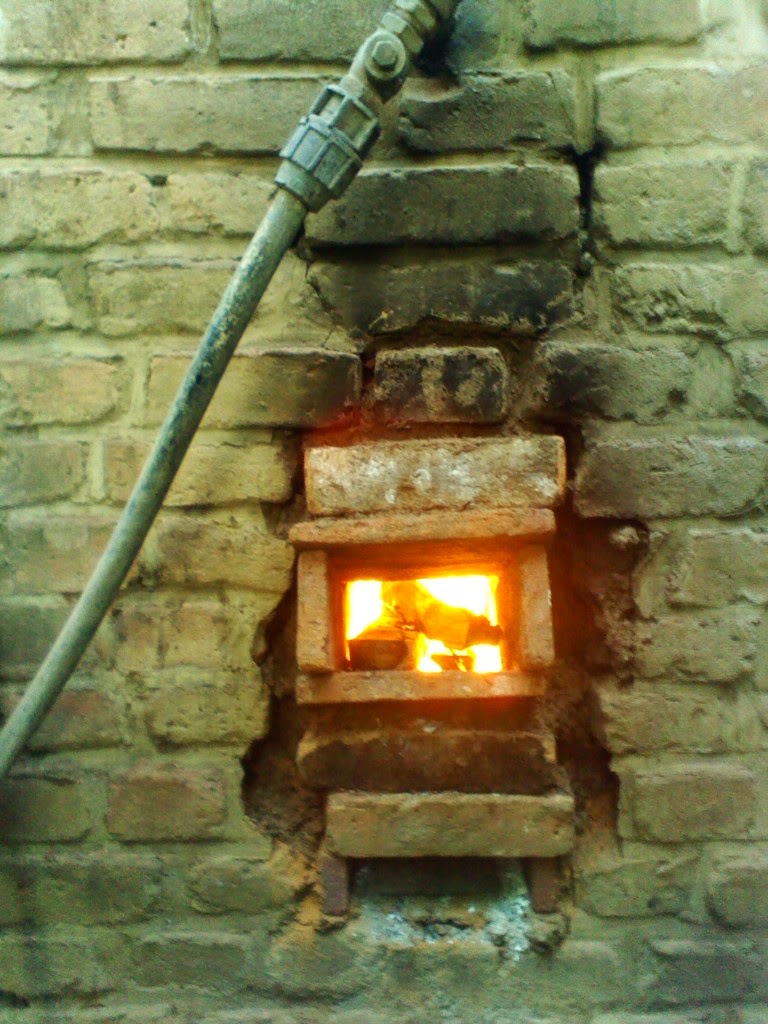 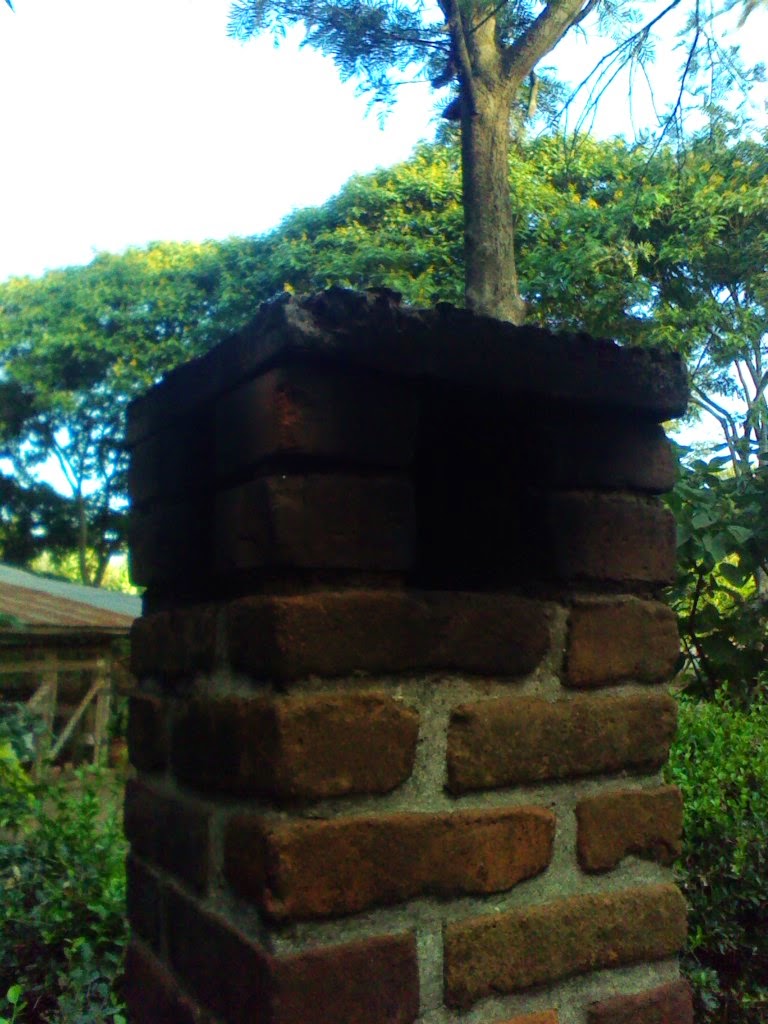 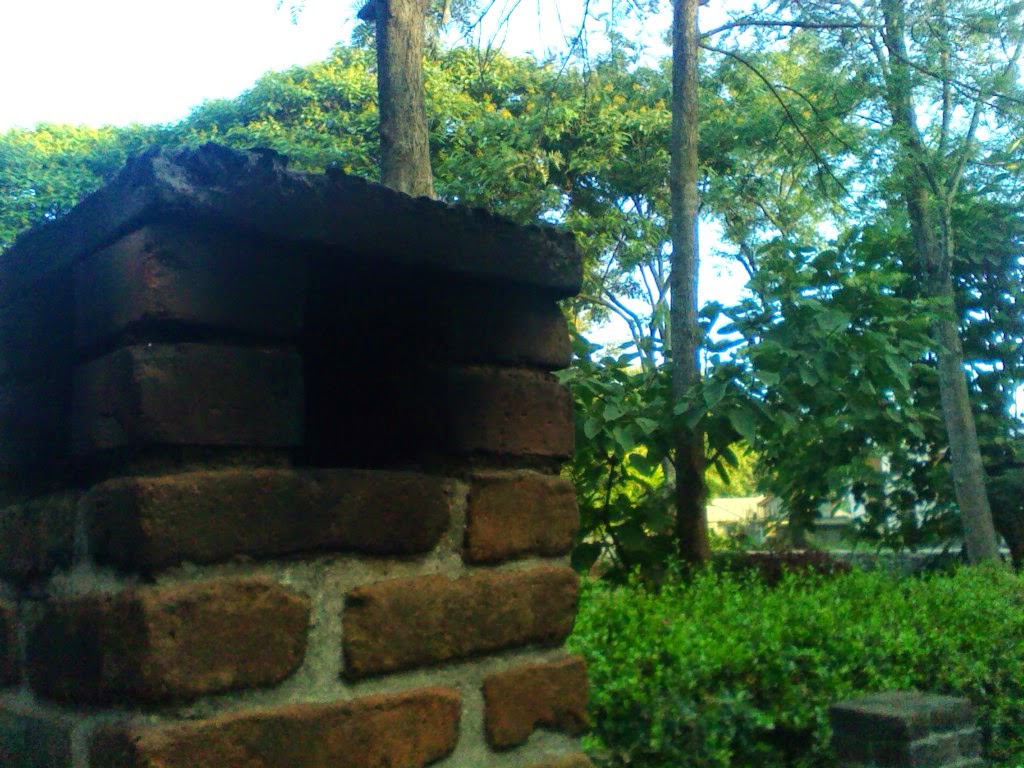