Traditionally most Urban houses have some sort of fence around the property.  Most common is Kaiapple fence, a tenacious long thorn with some edible but sour fruits.  Next common is cinder block walls and chainlink.  I opted for Kaiapple thorns many years ago but I am not so happy with them as they need to be cut several times a year, they pop inflated balls and bicycle tires and sometimes cars, and they develop "holes" as the hedge gets very old.

Some months ago I posted about a brick wall with a cap.  It looks great but materials per running meter (2 meter high) can be 200,000shs. and labor maybe another 100,000shs.

I live next to a quarry, where the stone is used as hardcore under foundations and floors or crushed to make aggregrate.  After some dry stack retaining walls I wanted a 2 m high garden wall.  I think materials is under 75,000 per running meter.  Eventually maybe we can do drystack. 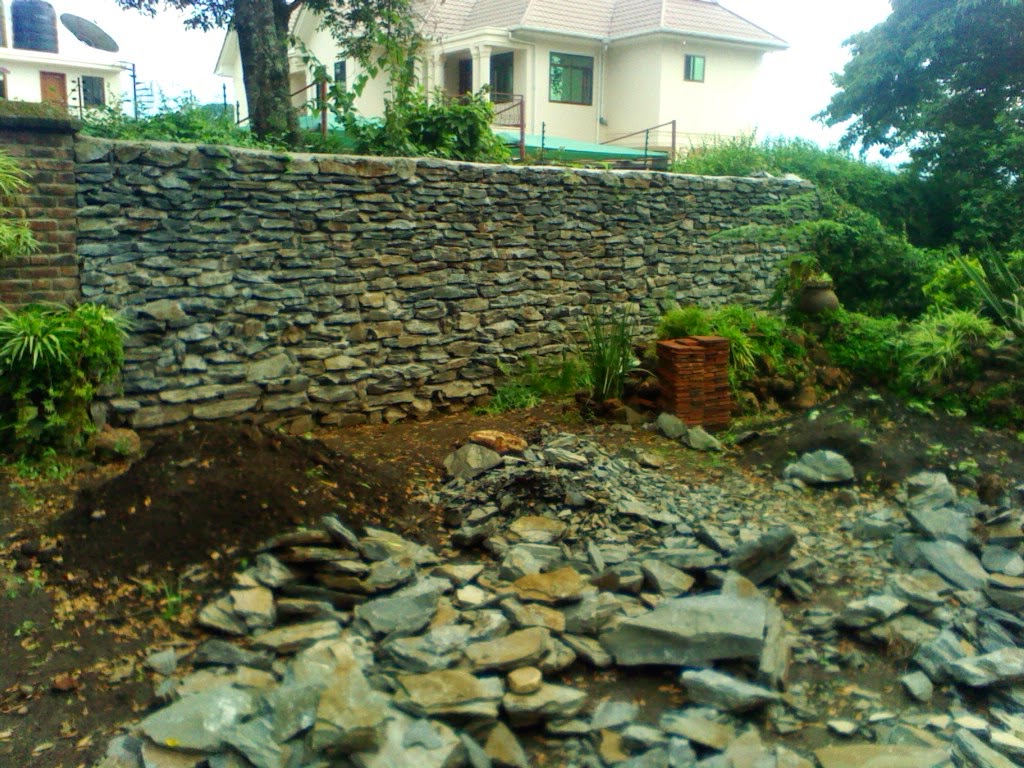 It is odd that many people notice the house behind, mainly because it is so big.  This wall had to partly be done becuase i moved the gate and had this uggly hole.  I get many positive comments when people wee this wall and they ask how much. 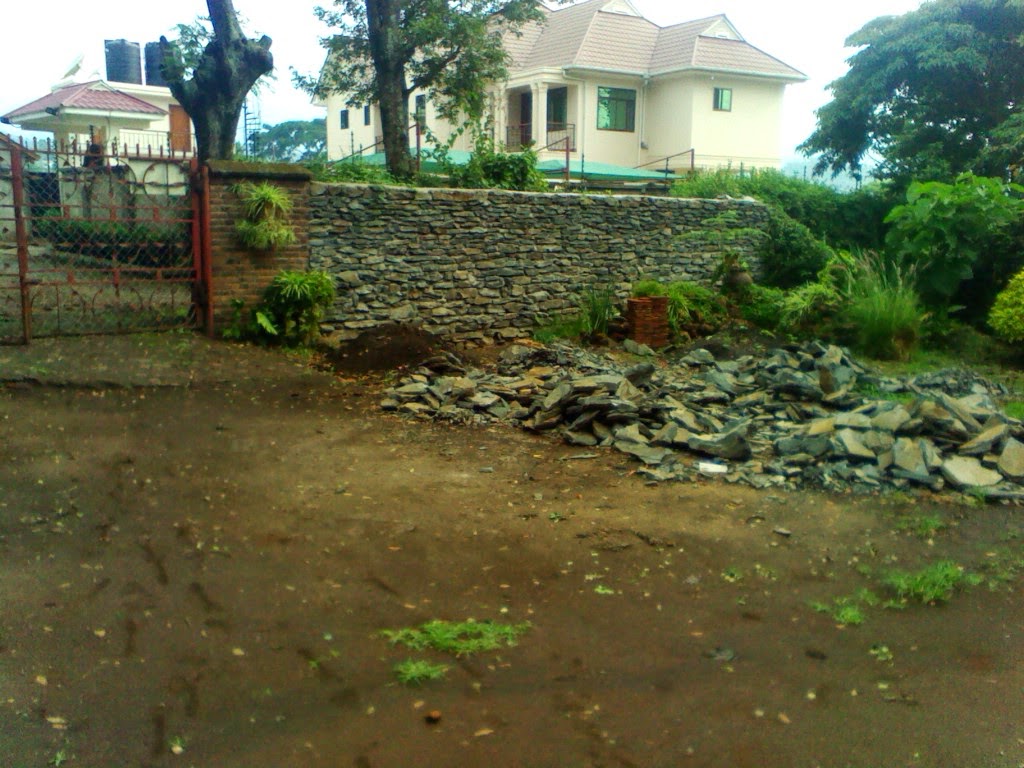 I am continuing on the other side but will try:
-with clay mortar
-1/2 height
-stone up 30 cm and then rammed earth. 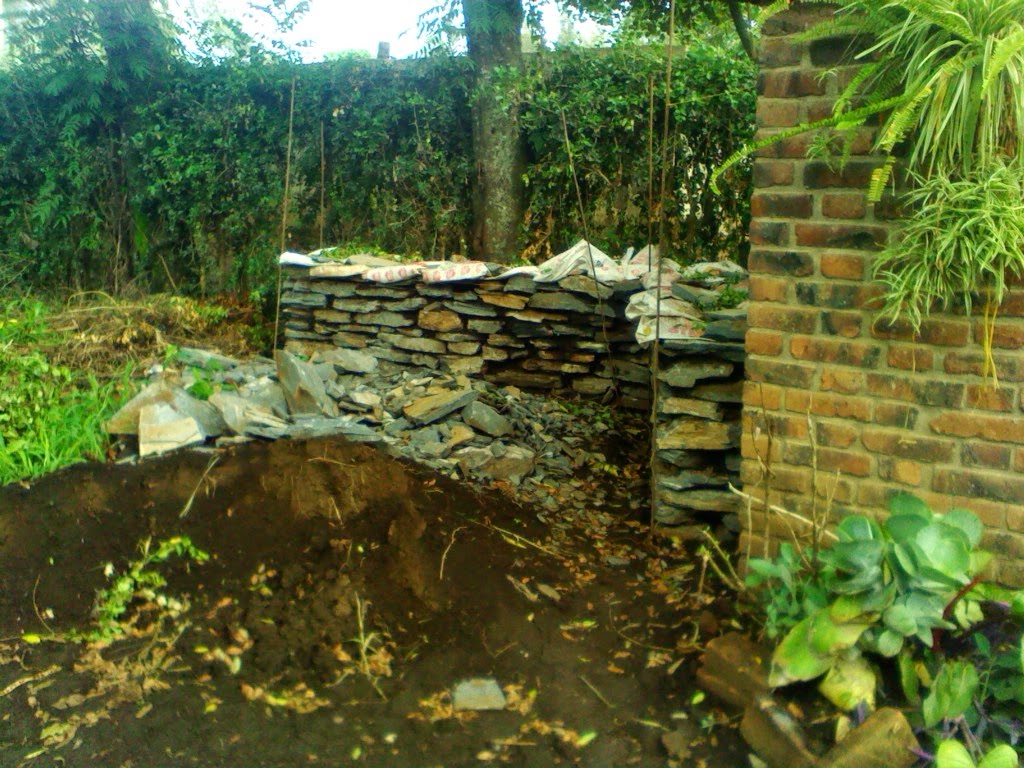 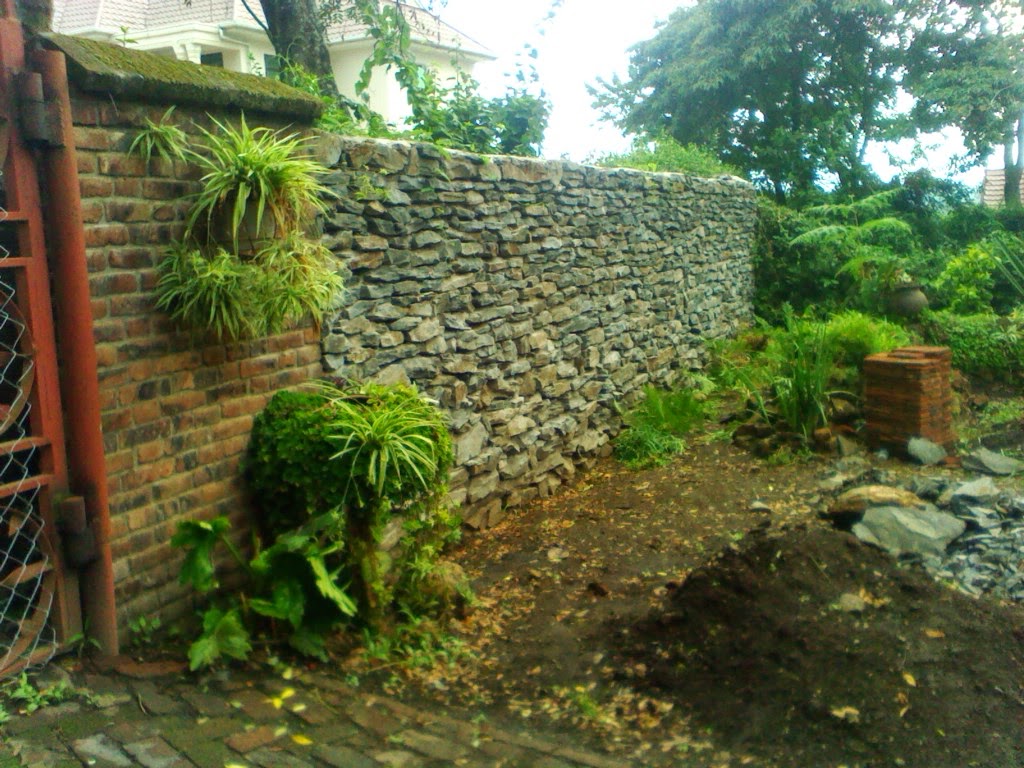 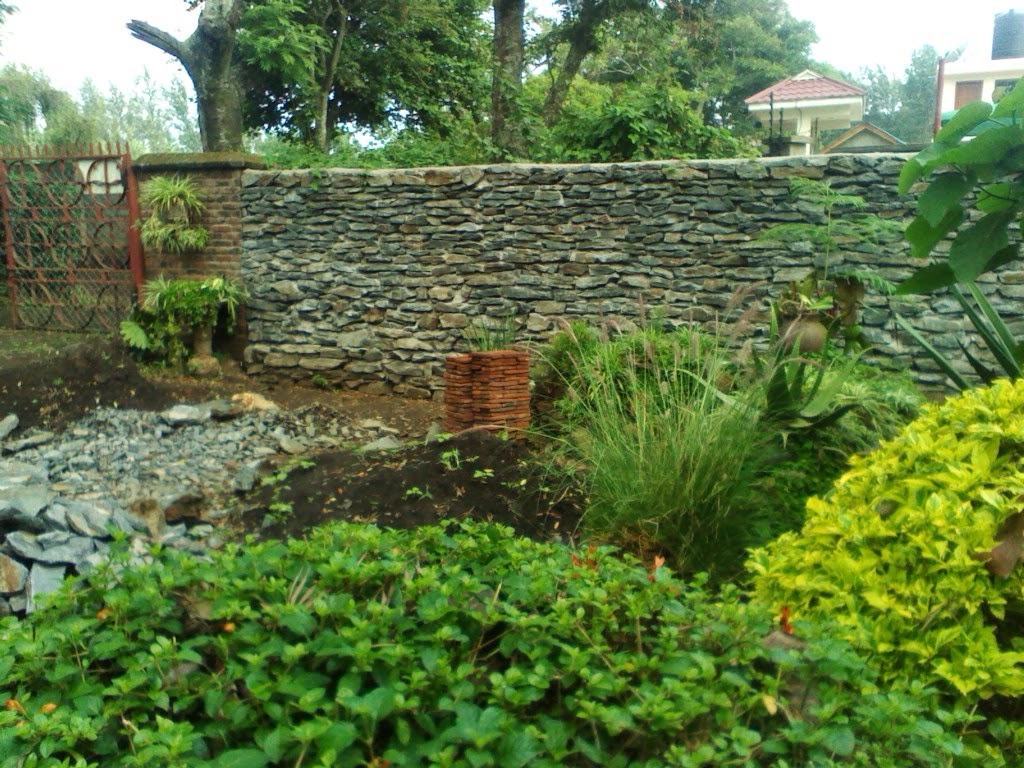 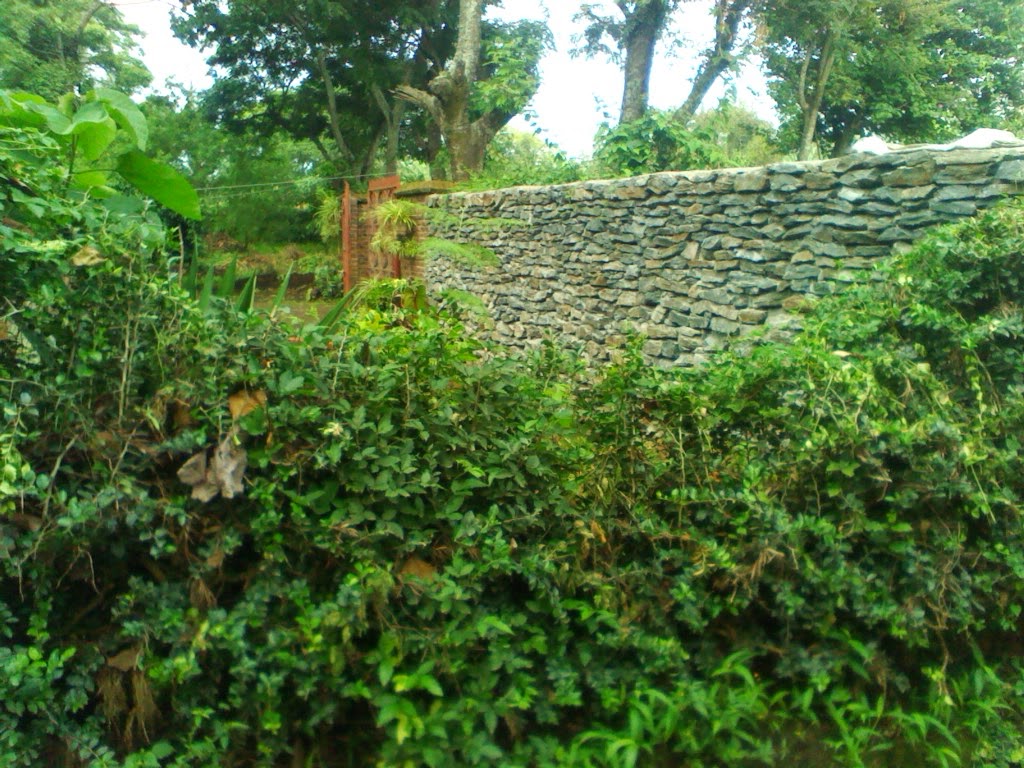 Posted by MzunguEriki at 1:34 AM