A wood fired pizza oven has been on the 'agenda' for some years.  I don't know what I am doing (what's new) so I was hoping to know more first but time is running out (daughter last year at home).

I hope to try a few features: 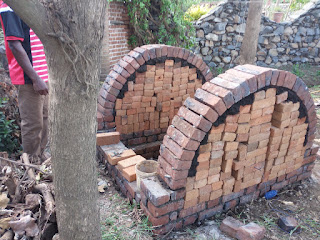 Dickson has trained half dozen masons doing the primary school project in Dar. 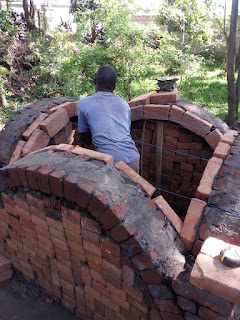 The cross vault completed.  Note re bar coming up in corners for the pillars 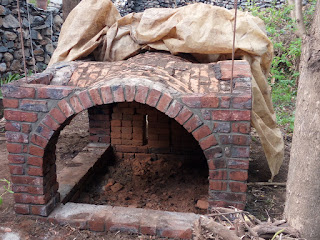 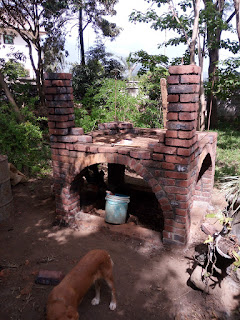 Used under fired bricks for vault, and over fired elsewhere.  both are not normally sell able. 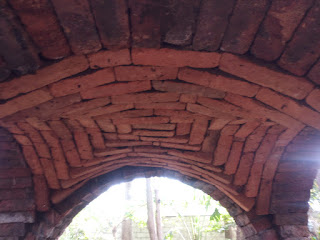 Family thought the lower part is the oven. 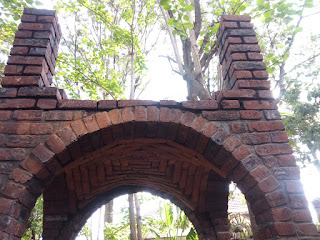 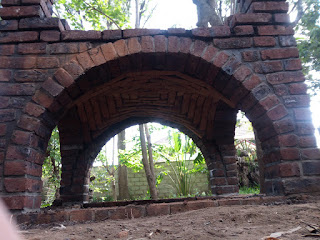 re bar around the outside in the joint. 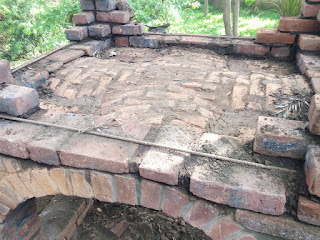 re bar extends out of pillars. 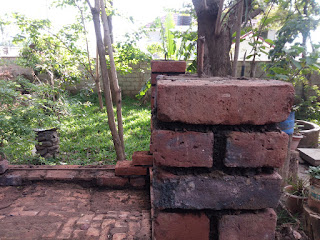 Now to level the top of vault.  draw the base circle .  build insulation layer in circle, layer of smooth bricks,  and so on.
Posted by MzunguEriki at 4:42 AM