It took awhile to finish the vault over the kiln.  Part of the reason was we closed down.  We got an big order and so have started burning again.

Dickson and Elia both came and we closed the vault and made the chimney.  from the base it is about 6m, and there is about 3m from the opening in the top of the vault.  It is massive.

So last week on Tuesday it was fired up.  the first few hours the chimney was not pulling.  By noon it was pulling out.  The second day it was pulling more.  There are lots of leaks in the vault , mostly at vault ends between the end walls and the doors. 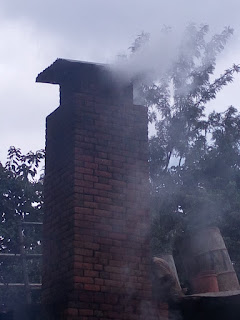 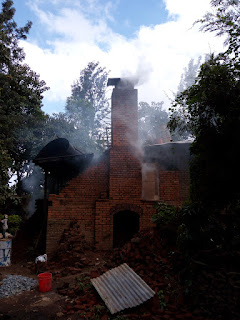 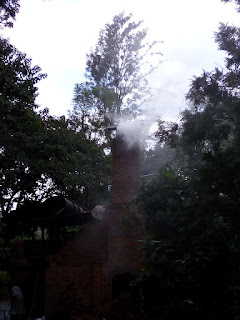 I will experiment some with the chimney height, and the opening being bigger and smaller.  I also think the cover should be removed during firing. 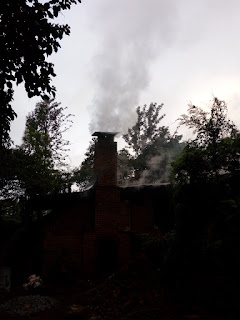 What it does do is get the steam, smoke, gases, and hot air higher up and less of an issue for neighbors. 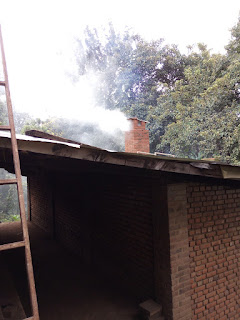 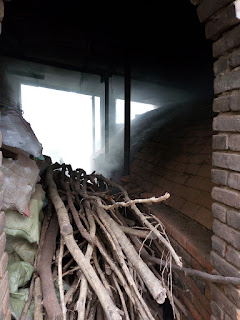 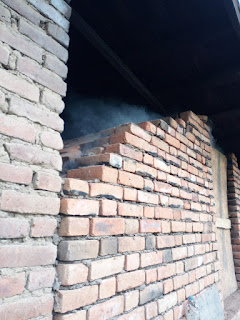 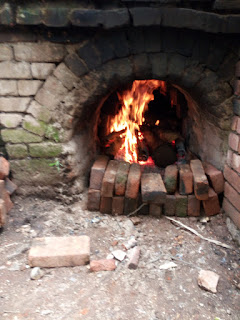 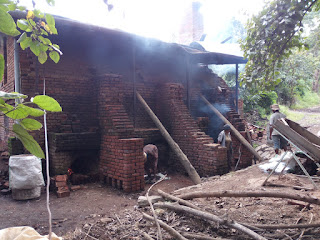 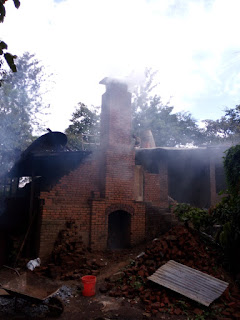 the wood roof needs to go as it catches on fire now.  the vault gets so hot.  And then a new system to waterproof and catch the water.