On the  two vaults currently in progress we had issues with the individual arches  separating .  Although this is always an issue, in a whole vault it might happen 1-2 times, but with these it was daily.

Dickson was getting frustrated on both.  build an arch and then it pops out, or seperates several arches back.  Always on wet work.

Steel toed boots and helmets are your friend.

This was happening on these buildings: 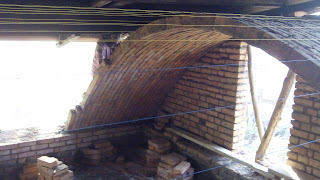 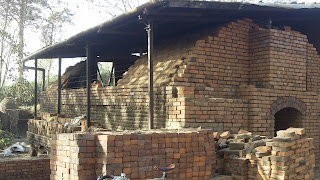 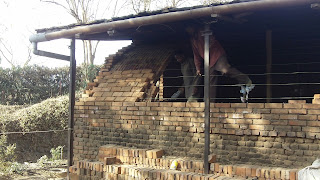 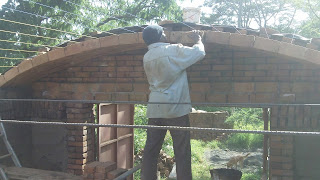 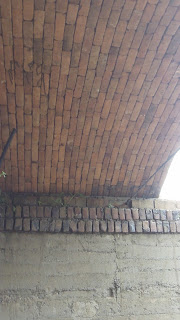 The solution that worked is a sudo (?) cohesion method.

Just like with cohesion or timbral method to add layer(s) to the vault. WE laid them face side down in a clay mortar and filled the extrados later 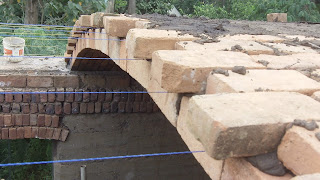 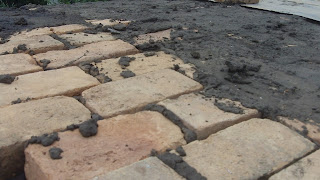 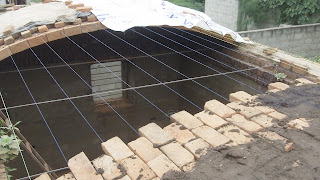 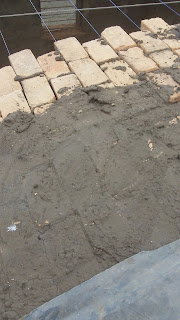 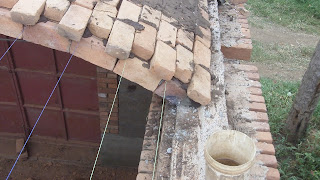 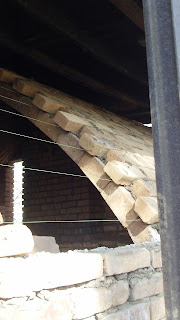 The first vault we did after many arches, better to do as soon as you can add another brick 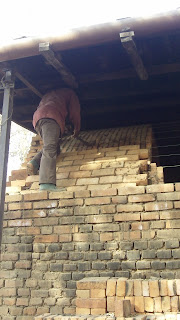 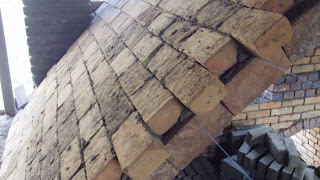 Another layer laid as stretchers does several things.
-Ties the first layer while constructing so we dont have an arch popping
-greatly increases the rigidity of the vault.
- increases the cost
-increases the building time slightly, although when arches are popping and we are redoing it could be faster.

Purely for looks I would build tile catalan vaults.  Tile on the ceiling looks better.  The first course is slow and expensive as you are using gypsum to glue each piece.

This method gets similar rigidity and strength.

I can really bang on the kiln vault.

So why didn't it happen on this big vault? 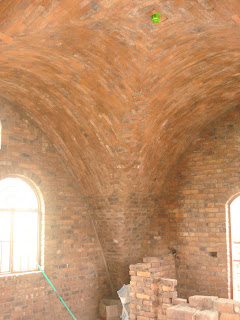 I suspect:
-steepness of the vault
-following each day with a cement plaster on top of the vault.
-slower adding a vault line ( as you have to do one at a time, one each side of the groin vault.

Posted by MzunguEriki at 2:41 AM