DIY sometimes is not good idea. 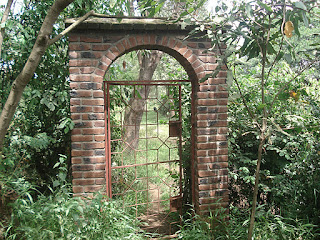 People get ideas from what others have done and decide they want something similar. But sometimes they might do something that needs engineering. This is the footpath gate between my residence and the brick factory and new vaulted house.

There are many arches in our house and some friends decided they need something a cool looking arch in their garden.

So they described to a mason and he built this: 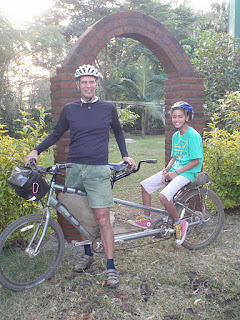 It looks really nice . I asked the wife who supervised the mason ( ?) if they thought of the thrust on the walls? is there steel in it? It was some years ago when i talked to her about it and it is still standing. However structurally it screams at me, "WRONG".

Lets assume the columns are reinforced concrete in the middle, so the columns can probably hold the force of the arch pressing out, but it just bothers me.

I think i would of started lower on the arches and made them really steep and moved the arch right to the inner edge (springer) and maybe made the wall slope down and weight above the column and on the arch.